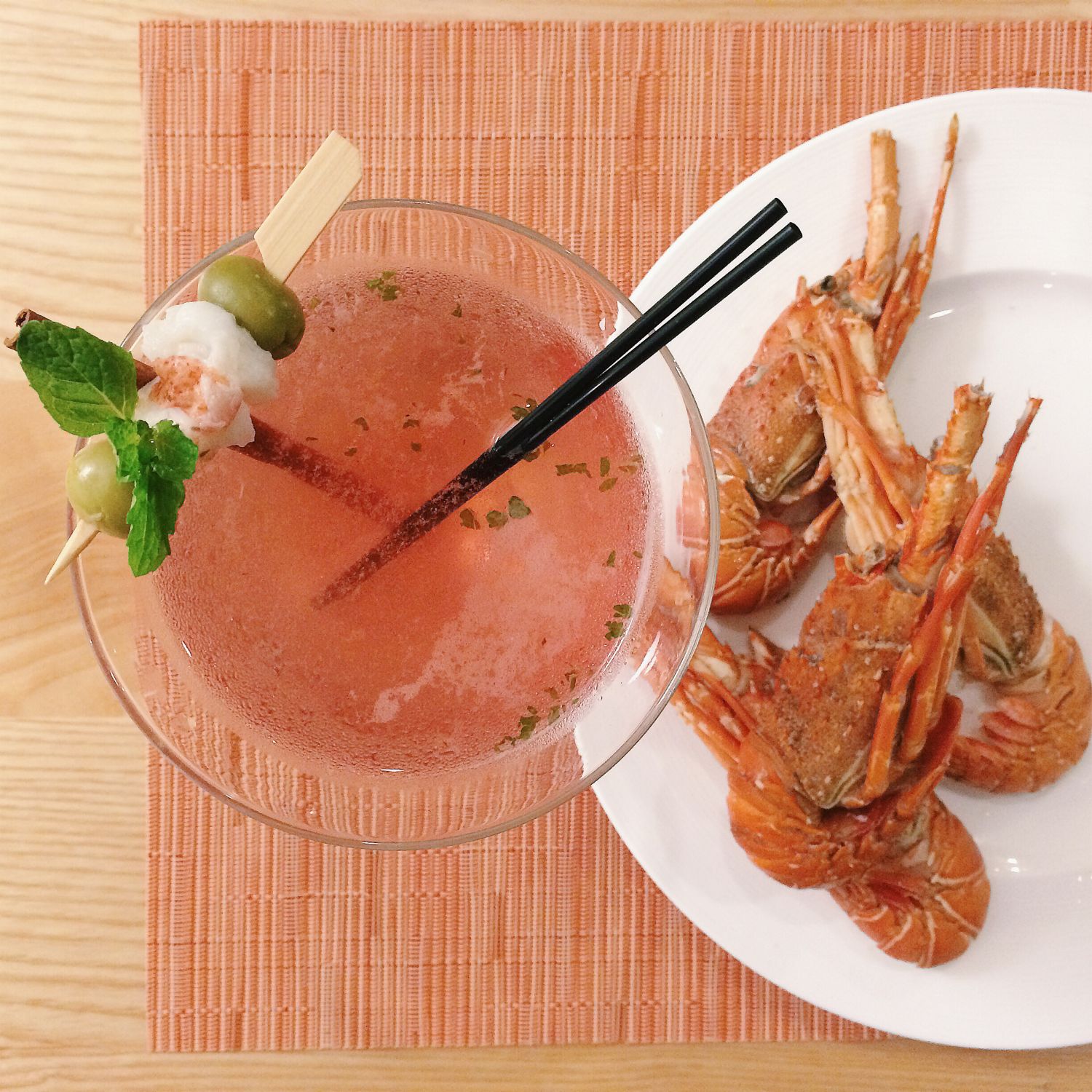 The Great Red Ocean – Drambuie, Southern Comfort, Smirnoff Vodka, lime juice, cranberry juice, cinnamon, mint. The first thing I realised is that Capri by Fraser doesn’t stinge or pussyfoot when it comes to alcohol. Disappointingly, the lobster cocktail does not consist of murdered crustacean mush, merely a chunkful of lobster to dip into your drink. 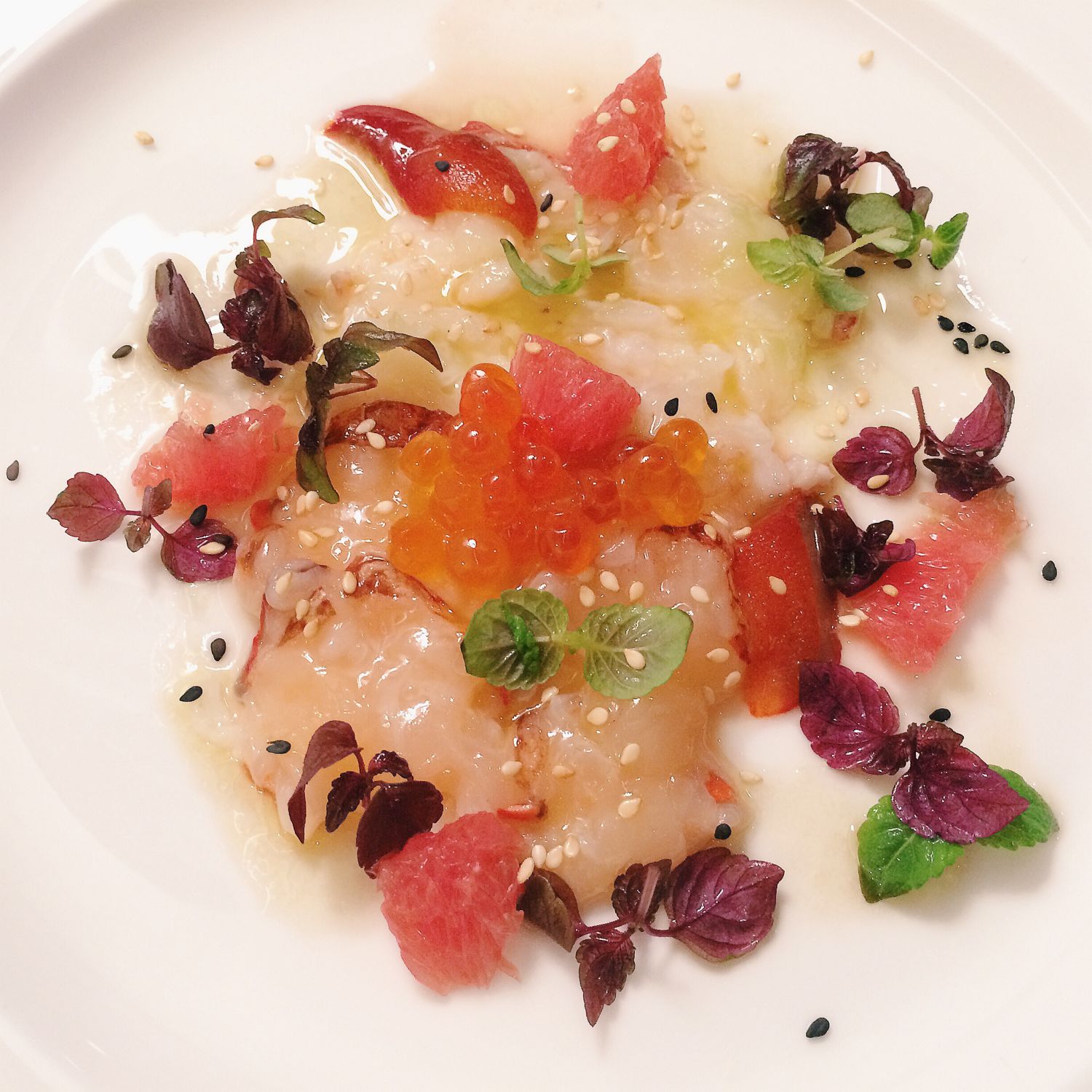 Carpaccio with pink grapefruits and champagne vinaigrette. Essentially a refreshingly tangy palate cleanser, with the ikura exploding rather rudely and viciously. The carpaccio’s yoga sessions have certainly paid off, judging from how supple and springy its flesh was. 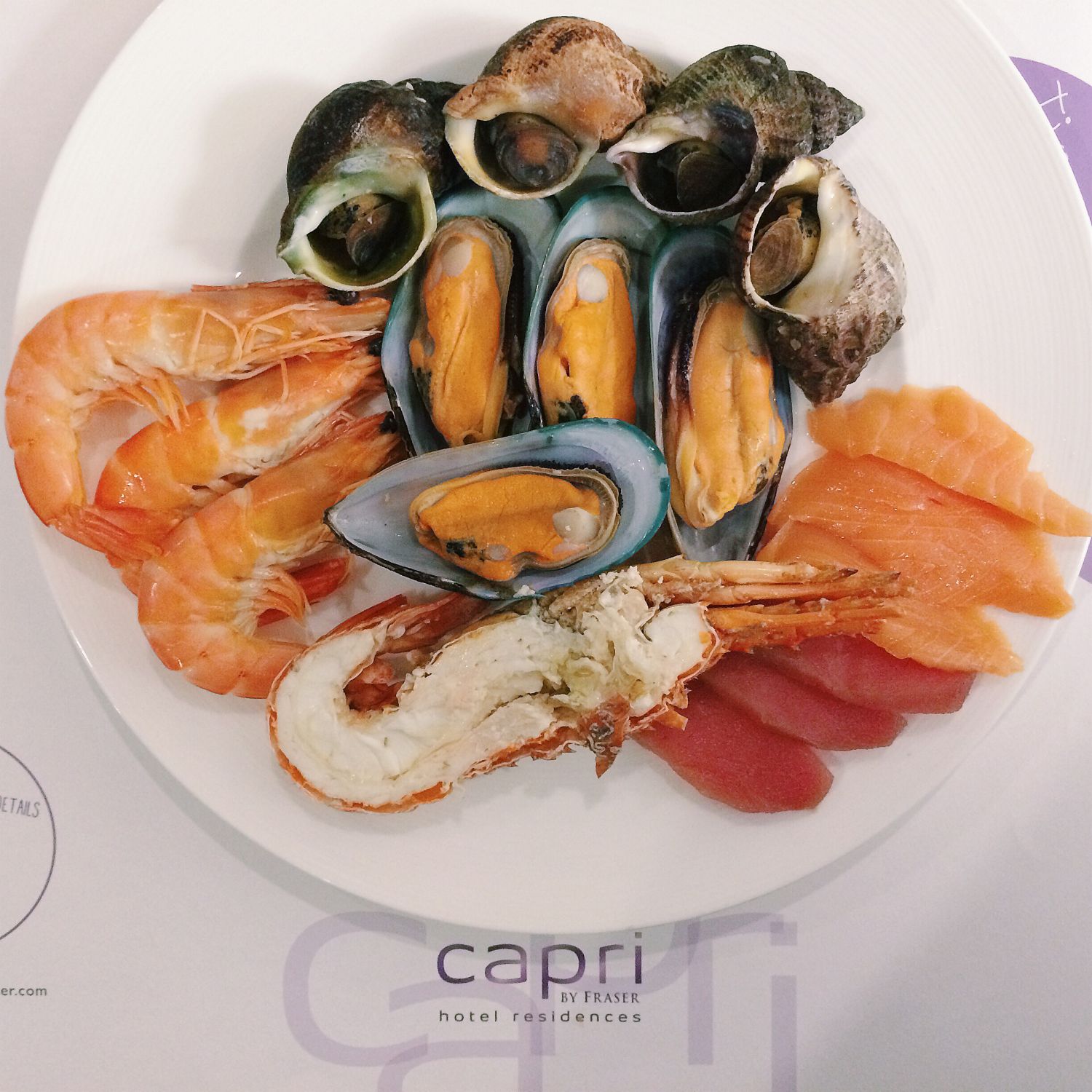 I was greedy and helped myself to some of the international spread before the other lobster items arrived. Rather perfunctory, but I’m glad to have been formally introduced to the snail-esque green whelk (which sounds like a boss monster from Final Fantasy). 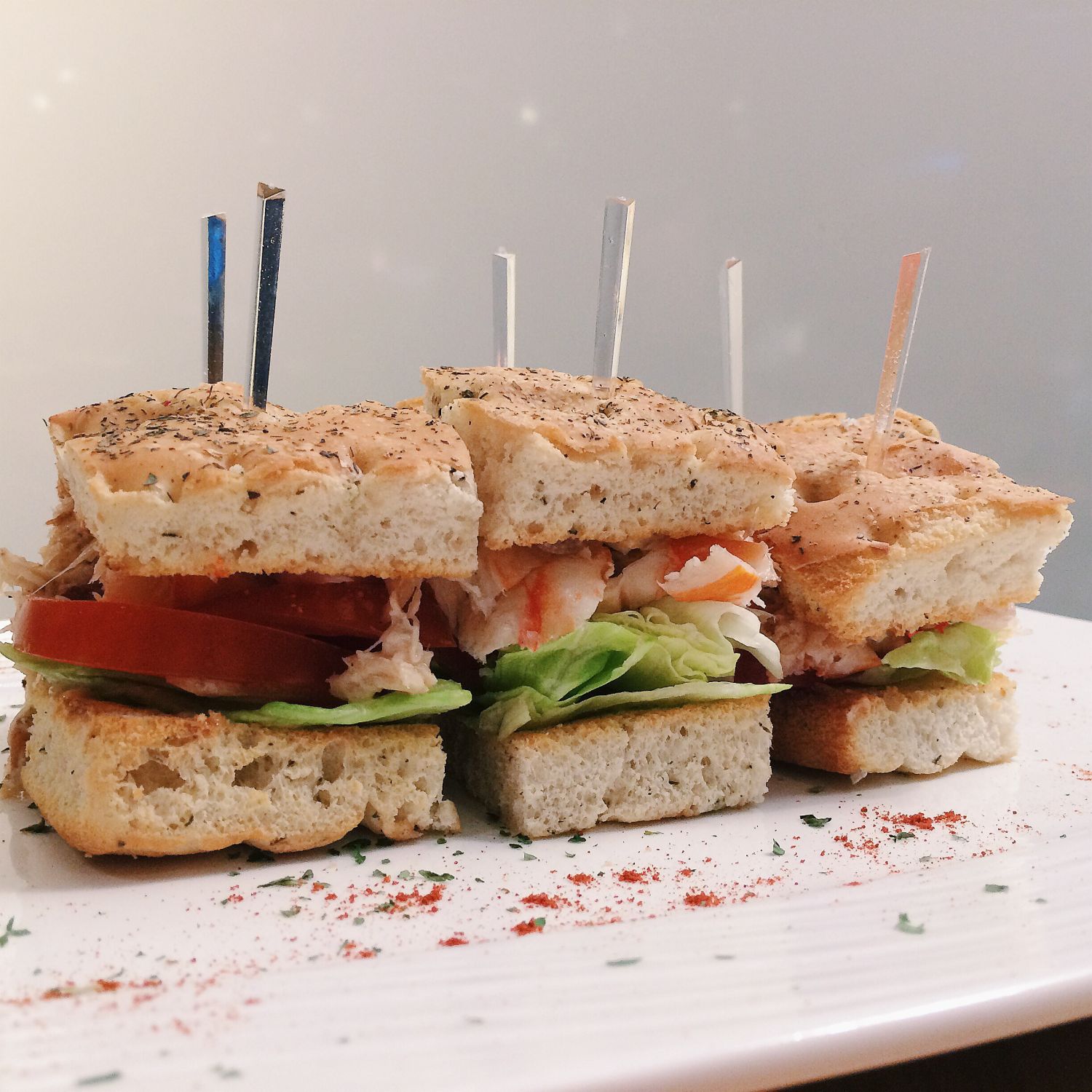 Boston lobster with crabmeat served with toasted focaccia and greens. My mother will slap me if I go buffet eat bread. 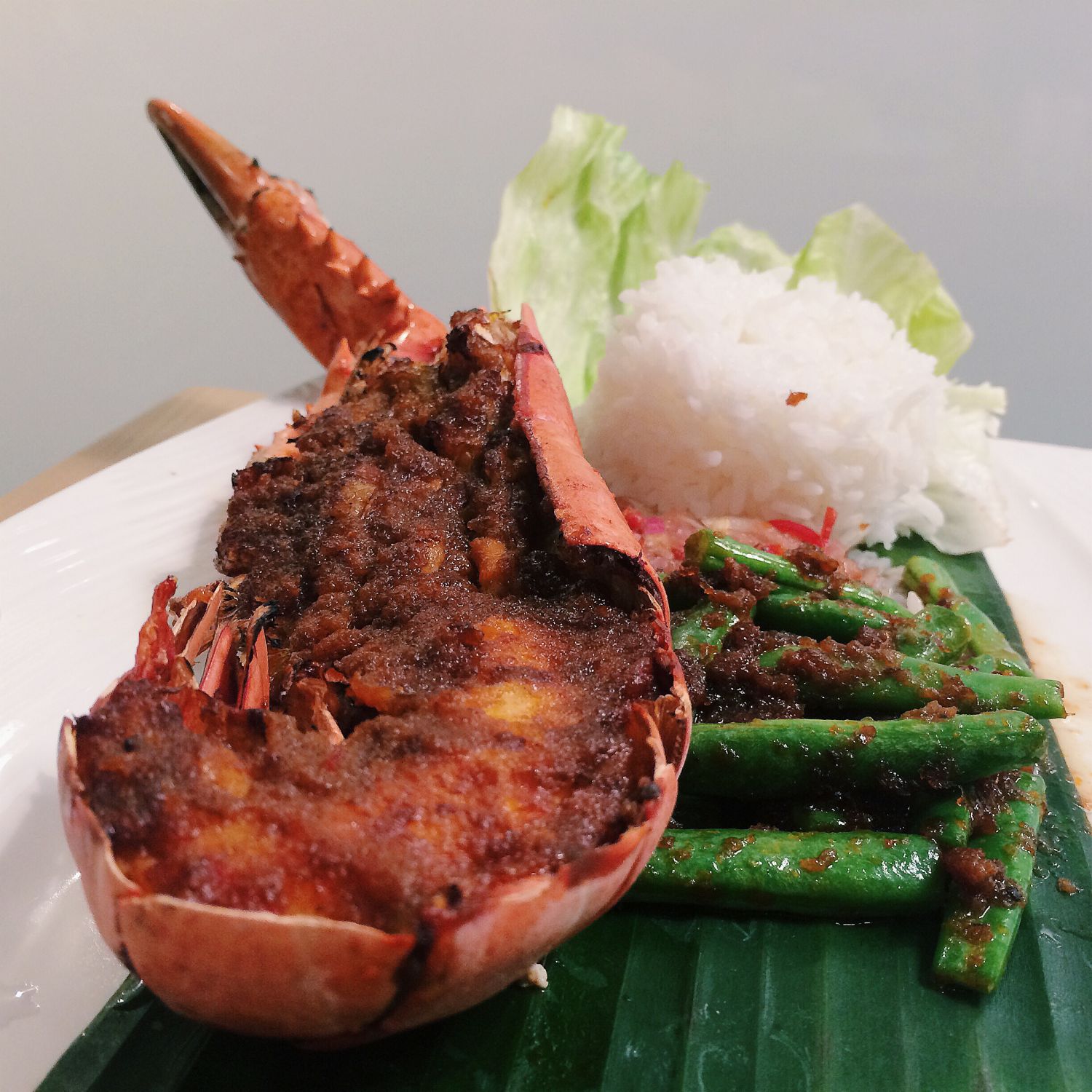 Boston lobster bakar served with long beans and homemade sambal, cincalok and rice. Essentially fancy Malay hawker fare as interpreted by one of them makciks from Nasi Lemak Kukus if she thinks you’re a cutie. The lobster was happily grilled and the sambal was both spicy and sweet, like said makciks from said place. 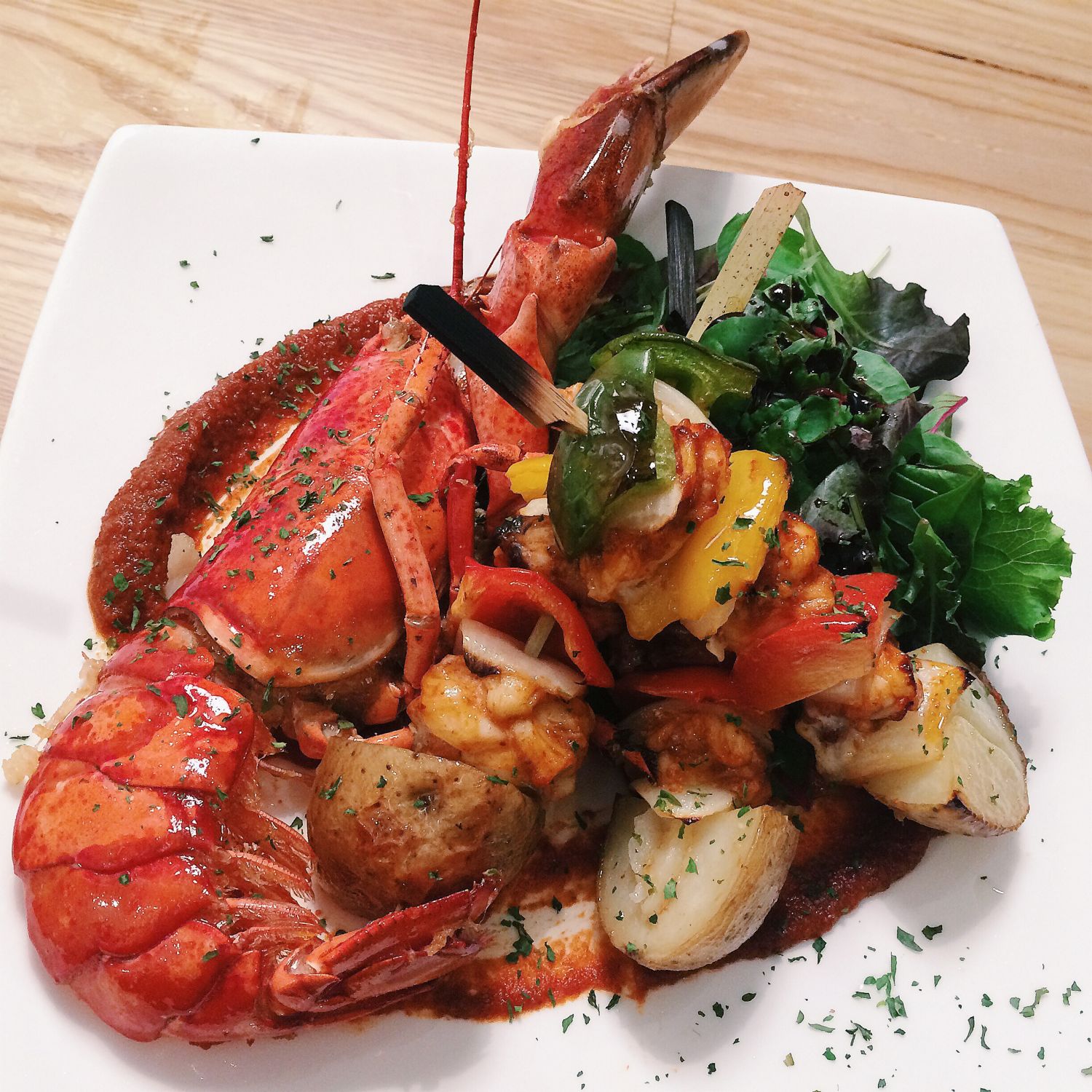 Boston lobster kebabs harissa served with roasted vegetables and potato skewers. Delectably smoky lobster chunks, but the star of the show was certainly the very deviant and devilish sambal chilli smeared across the plate, which tasted like the sambal from the Boston lobster bakar above undergone a midriff-baring, havoc clubbing/smoking phase after meeting the wrong happening crowd. So hot, yet you can’t stop, and you won’t stop. 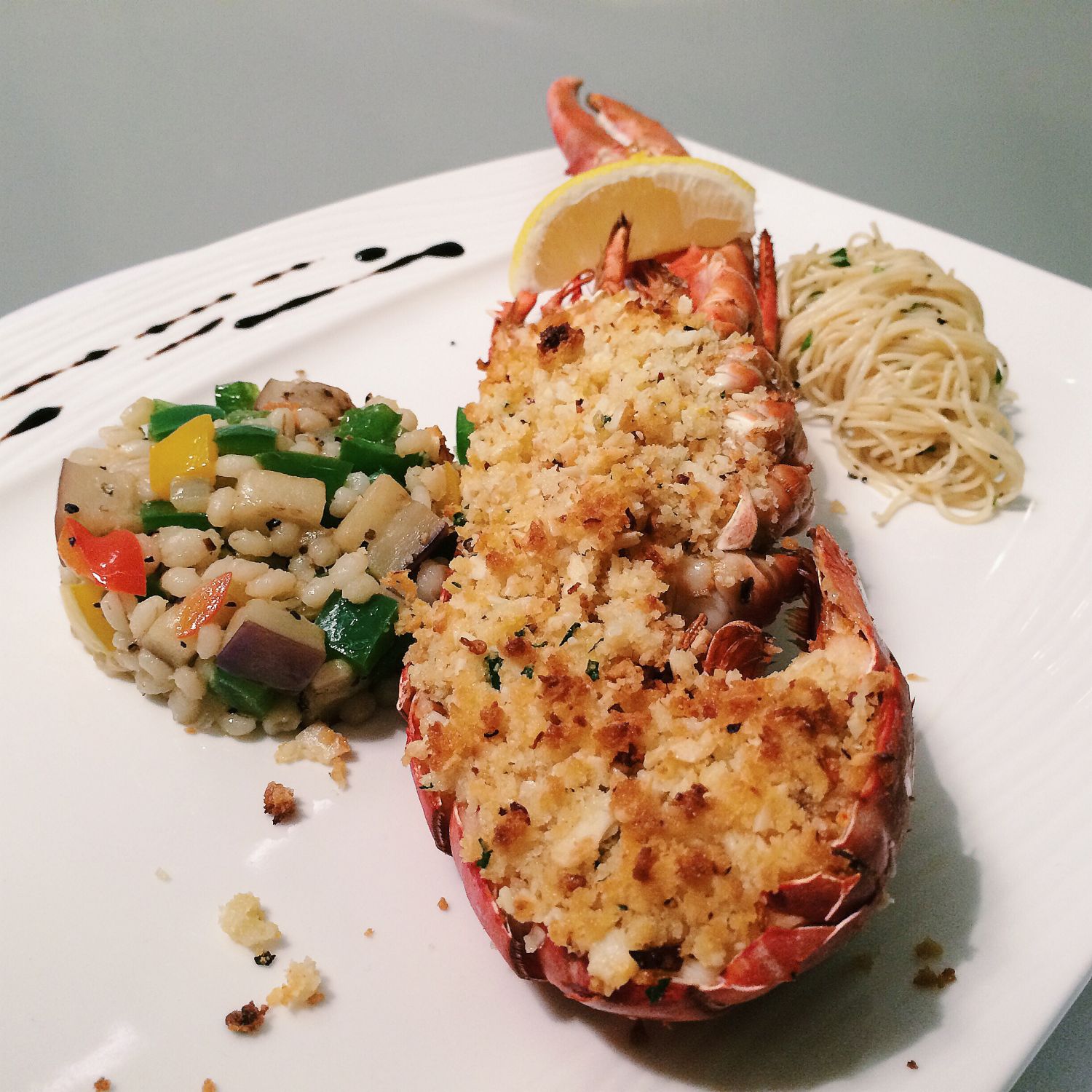 Boston lobster herb-crusted and grilled, served with barley ratatouille and angel hair. Essentially cereal prawn crossovered with buttery Danish biscuits, randomly placed in the same platoon with a most “eat clean”-tasting ratatouille and a rather aloof clump of angel hair. 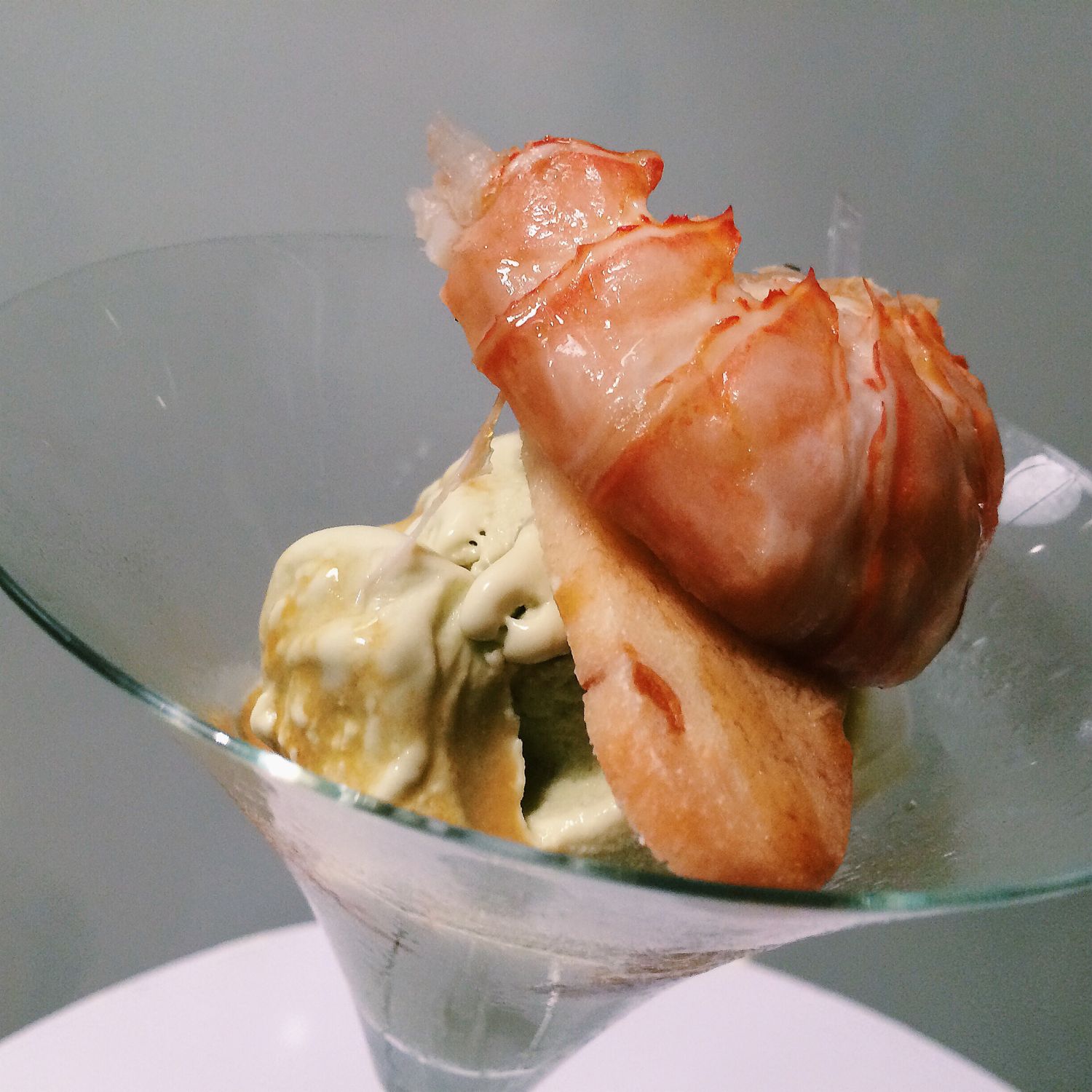 This was a hosted meal, courtesy of Capri by Fraser. The Caprilicious’ Boston Lobster Dinner Adventure ($50++) is currently available on Saturdays and Sundays from 6pm til 10pm. 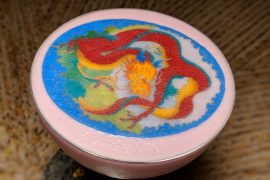 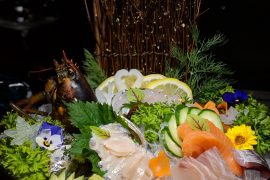 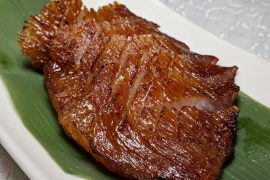