Summary: The Obelisk is a fusion sharing plates concept with a surprisingly strong cocktail menu newly-launched along Tanjong Pagar Road amidst all the Little Korea proceedings. The average passers-by on that stretch, who are more likely to seek sticky sweet chicken, smoky cow slabs and soju in watermelons, might be intimidated by the look and feel of The Obelisk from the outside –  the place looks fairly posh and fine-dining proper, playing it all brassy and rose gold luxe. However, the happy price point across its offerings  – from the $8 appetisers and $18 mains to the $16 cocktails – means this is a place you can impress and romantically ensnare without slapping ye olde wallet too hard.

The Singapore-inspired dishes at The Obelisk were generally reliable. While the tangy Clams, Seabream, Laksa Broth, Crispy Noodles was satisfying (albeit playing it safe within established OB markers), the Chilli Crab Sliders, Homemade Mantou, Corn and Smoked Aioli proved to be quite an intriguing steal, with the homemade bun shells being a faithful homage to Venus’ warm and pillowy mounds, and the patty a smoking hot crab-cake which somehow evoked sensations of its source inspiration without nary a red drop of gravy in sight.

The Claypot Rice, Chorizo, Marinated Yolk, Preserved Mustard Green, Ikura, Seaweed married the smokiness of Chinese sausage claypot rice with the steamy moistness of paella, with the ikura providing explosive spurts of salty pleasure in your mouth with the rudeness of a circa-2000 Janet Jackson sex-jam. In addition, the House Otah of Prawn, Squid and Mackerel, Papaya Salad, Kaffir Lime Powder was a triumph, being a salacious and spicy minx who carried large, intact chunks of seafood within its folds of delectable flesh, with the papaya salad beneath providing refreshing, crunchy tartness.

Elsewhere on The Obelisk’s menu, I would recommend the Masala Chicken Cannelloni, Pumpkin Puree, Sautéed Spinach, a fusion tour de force marrying Italian cheesiness, Indian spiciness and Chinese feels by way of wet spinach in one addictive and filling package (and the fried chicken skin being quite a Fiona Xie-esque scene stealer). The Watermelon Tartare, Crackers, Coriander Cress admittedly required a bit of Dutch courage to get past its overtly meaty visage, and played it like a fleshy, leaf-blended mocktail-drenched wonder.

On the tipples side of things, the happily priced drinks were surprisingly good, marrying taste, local-inspired concepts and old-fashioned boozy potency with surprisingly proficiency. Go for the Flora Ivory (Five XP Brandy, St Germain, Royal Chrysanthemum), which played it like a sweet Yeo’s chrysanthemum drink which overdid the shots at the university party, or the refreshing Mindaro (Copperhead gin, melon, calpis).

With management planning to introduce a new fusion menu every few months – Thai-Spanish is in the cards for early 2019 – The Obelisk gives much reason for return visits. I have already made three visits as a paying customer within the span of two weeks – that’s how much I like the joint, and I suspect most would too. The Obelisk joins The Spot and The Cooperage as one of my favourite new restaurants of the year. 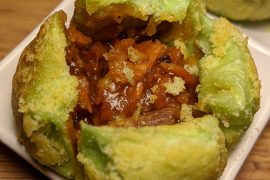 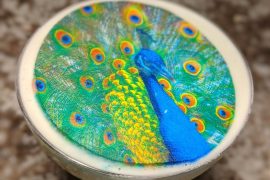